Independent Projects extend an opportunity to the children to independently research a topic of their choice based on the Subject Society that they have chosen.
The project extended over a three-month period with each child working with an assigned mentor who helped guide their research. At the end, students documented their projects and included details about all the steps taken during research and also listed all the resources and sources used. The students culminated their projects in the form of presentations through demonstrations, PPTs, models, videos, surveys, articles, information booklets etc.
The objectives of the project were:
• To inculcate a habit of conducting research with the teachers as guides or facilitators.
• To enhance their skills of –
• conducting research, data collection and interpretation
• Planning and conducting interviews
• Comprehending and analysing primary text
• Interpretation of data and arriving at plausible conclusinons
• Applying their understanding to generalize and make connections to the present day scenario

Dhriti Luthra of class VII chose to find patterns in Mughal cuisine from its entry into India to the present day and tried to understand the adaptations in the changing social- cultural aspects of the Indian subcontinent. She also tried her hand at making veg biryani using some of the most typical spices used in the cuisine. Shreya of class VIII presented a fascinating project on different styles of parenting, while other included:
• understanding the pattern of migratory birds,
• traditional textiles of Assam,
• The Role of Parliament in making laws.
Each students project was unique, not just in terms of the topic, but also the manner in which they had conducted their research and the different styles of presentation. 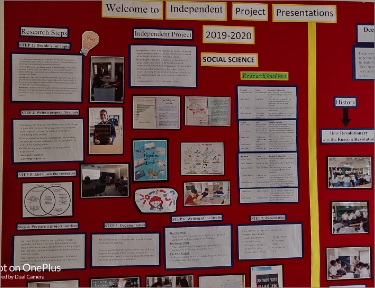 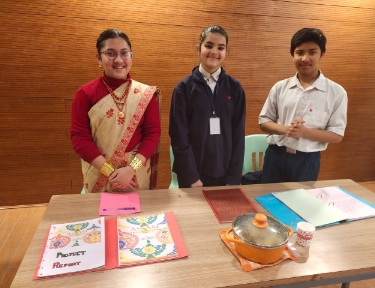 TASK 2
Dhriti of class VII chose to find patterns in the Mughal cuisine from its entry into India and made veg biryani also. 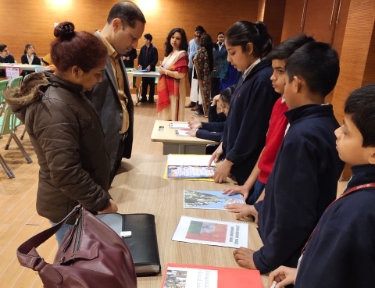 TASK 3
Parents were invited for the presentation 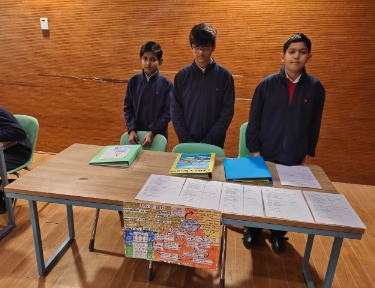