How revolutionary was the Russian Revolution?

Class IX students did a Deeper Learning exercise on Russian Revolution. After gaining a background knowledge about the revolution they tried to answer one question- “How revolutionary the Russian Revolution was?”. To seek answer to this they tried to analyze the reasons behind the disintegration of the Soviet Union and to also understand why by the 1950’s Russia was not able to maintain the ideas with which it started the revolution.

The project included both independent work and a group work where each student presented their learnings in the form of a research project. They also shared their learnings with others and sought regular feedback from their teacher and peers. This project helped the children gain an in depth understanding about the Russian Revolution and also helped them build their research skills. 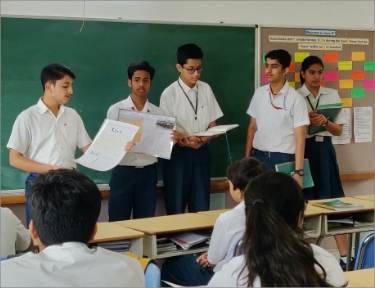 TASK 1
Students Learning from each other. 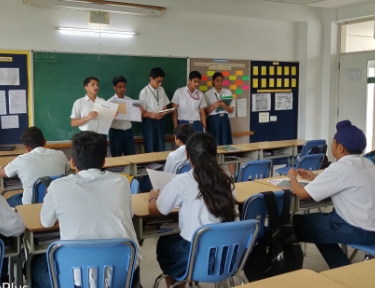 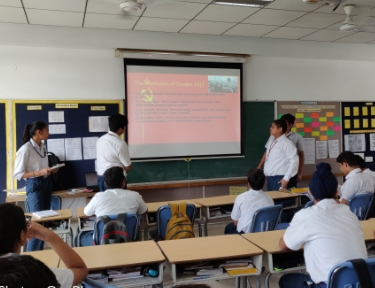